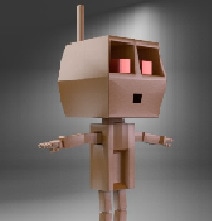 Ahh here's the little Droid who has (almost all)

T6: 'You use bad algorythyms for dancing.

Storm: Hehhe, even T6 thinks you are the worst dancer in the galaxy.  Give me a
high five T6.

As long as hes in your party, (if you have gone to the planet to find him in the ruins to re-activate him,  once you have fixed up his vocal processors, then He will open up other parts of the galaxy for you with additional maps you cannot buy in the usual trading stores.  Due to some unforseen circumstances of dropping one day into your galaxy through falling into a wormhole, he suffers from memory freeze problems.  But some computer memory chips upgrades might help to improve that.