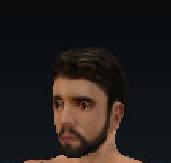 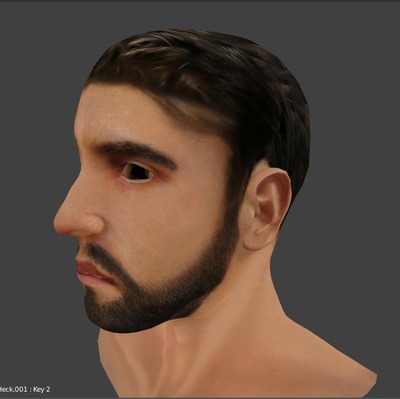 Base Mesh With Texture 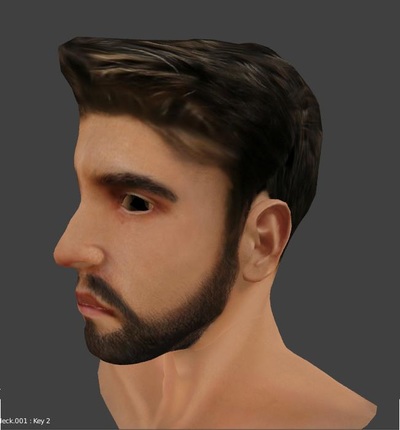 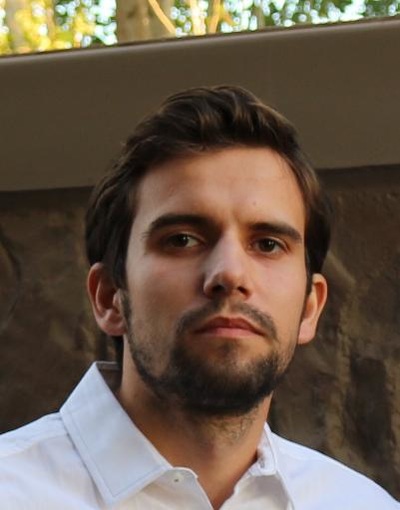 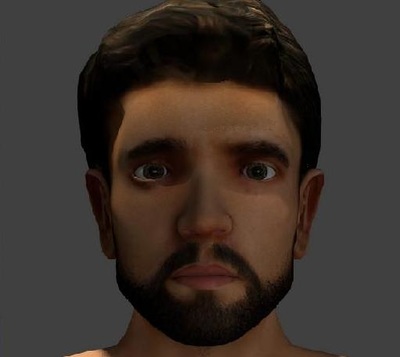 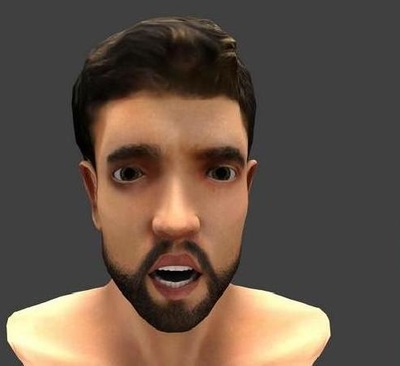 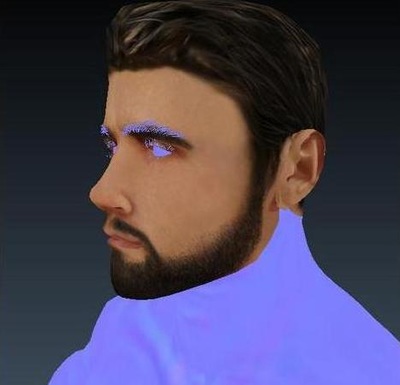 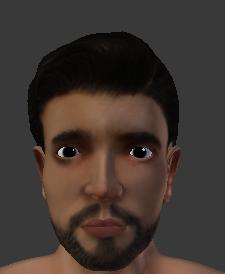 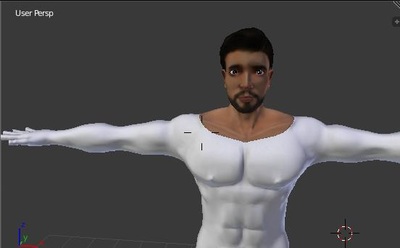 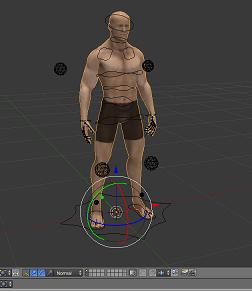 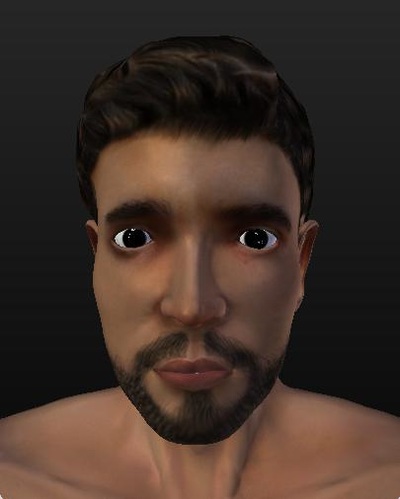 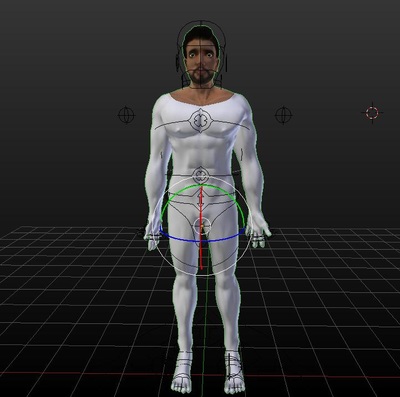 Commander Axel has now been all Rigged.   and is now finally out of the T-pose.

The Bastioni Mesh (Just up above has been rigged and weighted.)  Now an Animator needs to Animate him with Walk, Run and Breathing Cycles. And the Commander's 3d head Texture fitted on him.  (This is the player mesh for the 3d game engine....  As the other static Mesh above is not yet rigged with a skeleton.


3d Mesh of the Commander was made by Tomb Thumb
3d head texture Skining done by Macser of Blender Artists.

The hard work on the Commander's face for the static mesh has been done (hes not rigged) Now his Body just needs the Skinning done.   But I still need a modeler to rig him. and animate.  Many thanks to the two volunteer modelers who skinned his head 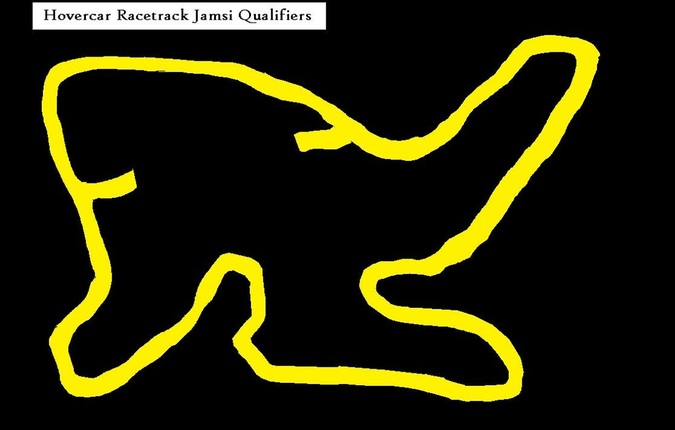 Decided to put up a casting call of my game 'Tesseract Prime Offworlds voice project on Behind The Voice Actors website For Casting the roles for voicing the characters in the game.


Still to script in is the beat 'n' Shake storyline: Broken Droid Parts for the Vinus Sewers.

Added in new Enemies, called "Flurries". including a link into the Flurry Nesting Grounds (nesting grounds areas have not been defined yet)

Where the Flurries Live.

Flurries are (Vicious Biting Birds that live on Telos.) They live in the Desert Region near the Mining Area.

However, if you pick up the Gronk Mittens from Besai from the Gronk Petstore there, you can be protected from their nasty bites. (Gronk Mitten protection is not yet implemented in the code of the battle script of the flurries but will be).

Eggs,
Feathers,
Silver Bolts
And Occasionally a rare item like a Gold Bolt


Sent off a big bunch of more Lines for Loana to
be voiced over.

Still looking for a male volunteer to voice over the lines for Storm and the Commander.  Or any minor voice roles in the game.

Always looking for any keen modelers to help out with the game for items and stuff or human modeling for party member characters.  There's a ton of work here for a big project like this.

Added in The Catacombs Desert area just outside the main entrance to the Catacombs in the Telos Desert.  You have to go a short distance outside the main city to get to it on the map.  Party encounters more urns buried in the sands containing some items, also hidden in the urns are some snakes.   Random ambushes of snakes and other desert creatures also as you venture out in the desert.   Health Amulet is also found in this area but it only gives the wearer
200 health.  Since Loana has the weakest hp in the party, she gets to wear the amulet to boost her ego and her health a little bit.

You must be prepared with potions, exilirs, and other stuff before entering into the catacombs and must bring with you Diamond Shields for the party and also you may need some heavy Ice Staffs if you don't find the diamond shields.

If you find Nella Nosey Parkbottom (the journalist who works for Interstellar News of Starlight Winkel and she joins the party (before you head out into the catacombs), she can be useful in locating certain hidden paths or finding useful
items in the game.

** But if i go ahead and implement this change to allow dissolving of party members, requires a complete reworking of the storyline code scripts for the missing party members.


Added into the game ideas script  a Chase scene of three Gorgos Guardsmen that pursue you all the way through Telos Central shopping into the Save Crystal found at the Droid Junkyard area... This chase is triggered if you enter into the guardsman door at the Telos Beat 'n' Shake Danceclub he was guarding when hes not around and then he catches you in the room after taking the items out of the containers.

You get to keep the items but not without him chasing you
into the droid Junkyard...    And even at the save Crystal the Gorgos will still find and chase you, or you can stay and fight them.

When you try to save the game at the crystal, it will save it but then immediately the Gorgos find you and then start chasing you.

Added in Script Storyline concept, Telos Catacombs, near Telos Mining Area (the catacombs have not been scripted yet in the storyline.) in there you can obtain the Blindshield but you must fight through dangerous monsters to get to where it is.  There wil be dangerous bats in this part of the cave. they will gnaw and bite and try to leech you.

The Blindshield protects you against nasty Flash bombs that are sometimes found when opening some Chests and urns.
When you have this shield on, the flashbombs will be
harmless.

Added in some loot urns and traps scattered around in the Droid Junkyard area near the save crystal checkpoint.

7 June 2015, added in a new Game Party Member called
Nosey Nella Parkbottom.  A avid News reporter Journalist who works for Starlight Winkel (her boss who is the
main reporter for Vinus Interstellar News.

Added in some useless weapons Concepts, Once Off Spear, OldDagger, And Once off Shield.  Added in more urns and jellies down in the sewer system.  Added a Transport Portal in the lower regions of the Vinus Sewers to now join both Vinus Underground sewer to Manaos secret portal and also to the underground Sewer in Tesseract Prime Ruins Area.

I started assembling up the Vinus Sewer System in Blender.  Still need to populate it with plenty of urn rooms. added in a
few more urns for the sewers.

2d Animated Talking Videos are now working.  They pop up sometimes with the dialog text.

Added a few more geometry pieces to the map.