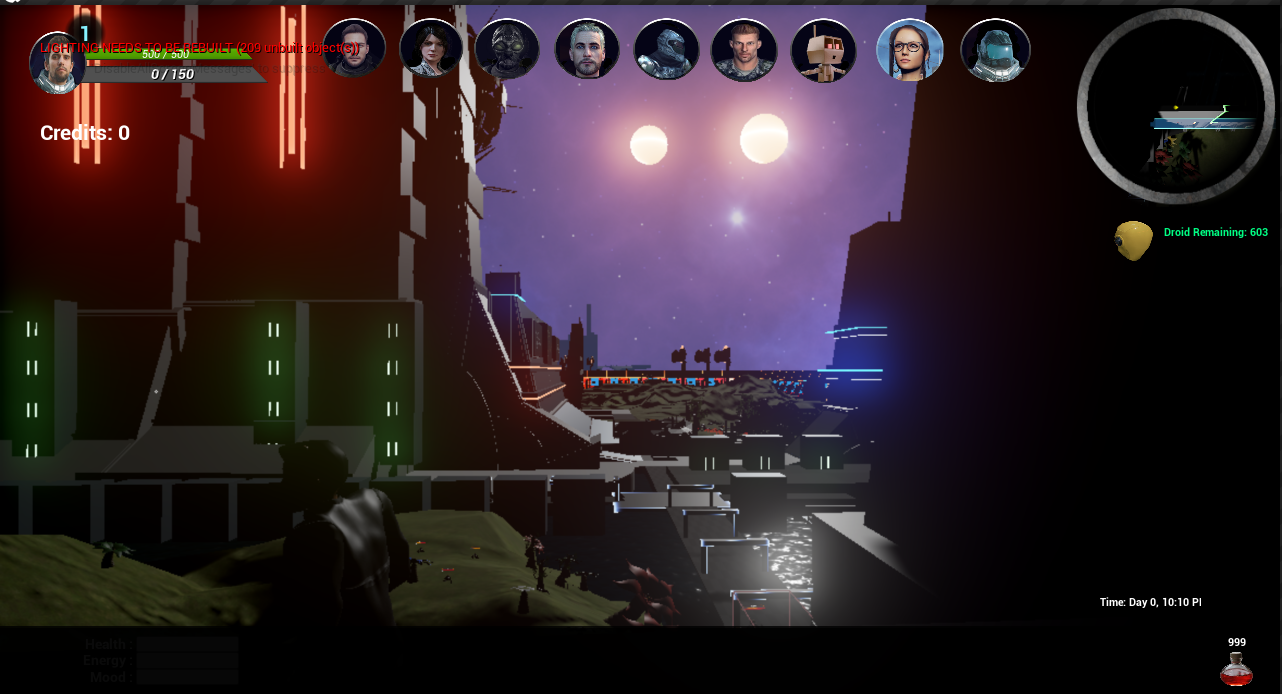 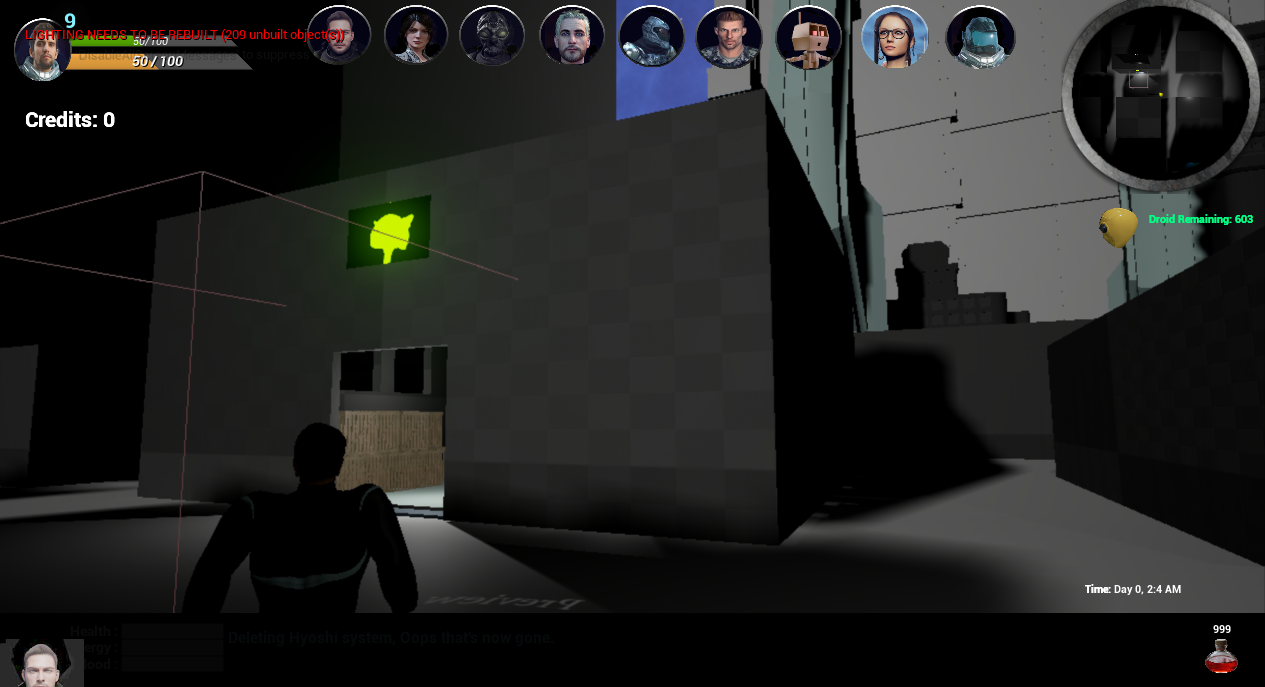 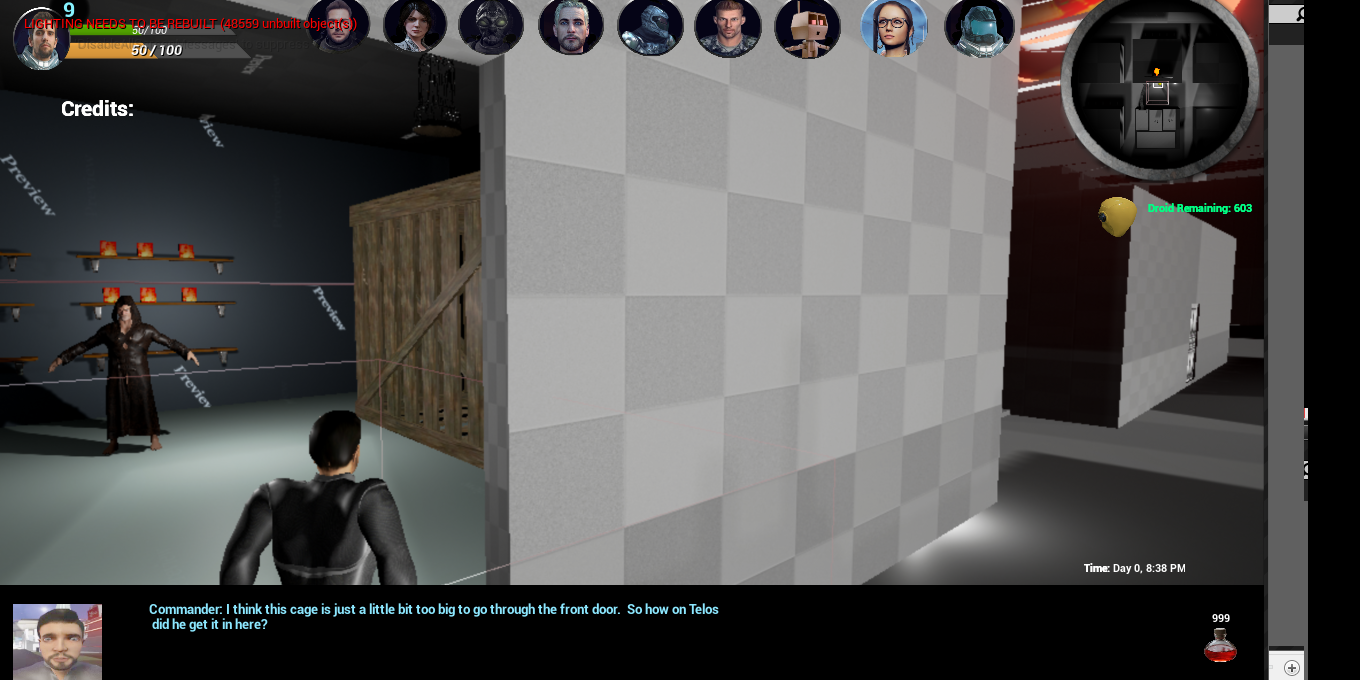 The Unreal Engine Version of the Telos Petstore.  Prototype Version Only
Petstore just only starting to be constructed.

Skeleton Issue Clearly seen with The Commander's Mesh which gives him bunched up shoulders.  Will Fix rig when possible.  He was animated with Mixamo autorigger, But Mixamo dosen't have the twist bones that he needs. 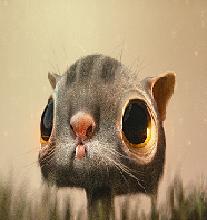 Believe it or not the whole concept of this game at the moment is a runnable storyboard batch game with audio dialog interaction while some of the game is also being put into Unreal Engine..... Those 8 icon characters are your current party members.   Finding good 3d models for the game is like looking for a needle in a haystack.  However the game will be going into a 3d engine. Unreal has been chosen as the engine.

And everybody's favourite pet: The Fangrcrawler

Here you find out about the Teolran methods of Leonix Ship Training.  How Loana got the pet translator set up wrong even though her people built a lab on their planet  (Go Figure) So just buy the Translator Decoder and ignore her even though its at a ridiculous high price, you might get closer to getting the slipstream drive in the game out of that neat little cloaking cat known as the Leonix. (Blender model)

Hint: Don't upset the Fangrcrawler when you do buy the decoder translator for it.  For then it will understand you if you insult it.  The Fangrcrawler is a BBORP (Brute Beast of Raw Power)

How long is the life span of this strange looking alien cat creature?
Leave The Pet Store

Part Two: Buying An Alien Pet you know nothing about.

Note: Only the Leonix and Fangrcrawler pet store scripts have been added.
The Fangrcrawler Mount in the game for Storm to ride on once
he gets the decoder has not been scripted in yet.

Pet Vendor: Thank you for your purchase of the Leonix.  (bla bla, bla)
I'm sure you will be happy with  your new pet.

YOU NOW OWN A PET LEONIX.

You need to take your pet back to the ship.

You Buy the Leonix Decoder Chip in the script (but in the game you can choose any chip for the type of pet you buy from the store.  you can only buy the chip if you already brought the pet.
Game Options:

Tell Storm to save his money.

Ask him some more about this creature before buying it.


Script Option: Pet Vendor: Thank you for your purchase of the Fangercrawler.

Meanwhile Back on the NC7 Presidium (Ship)
......Back Again On Telos in the Pet Store
Yes go ahead and buy it for Storm, hes broke now anyway.

Listen to Loana and say no.


Pet Vendor: Thank you my good man, and here's your decoder
to your new Fangercrawler pet.

+ Storm's Fangrcrawer pet just joined the Party as a new Mount, the creature
can now be communicated like with other ordinary party members.